High-school baseball student-athletes from across the world search every day for the right colleges and universities for them. For many, being recruited to the Ivy League teams is a mark of prestige and high academic and athletic ability.

With limited space for new students, the race for recruitment to an Ivy League Baseball program is hotly contested. So how can anyone hope to stand out?

The secret lies in understanding what makes the baseball programs from Ivy League schools special.

Colleges and universities such as Harvard, Yale, Princeton, and others have a rich and storied history that informs what they are looking for today.

So let’s look at how this division came to be, what makes these programs special, and later we’ll talk about what you can do to stand out and give yourself the best shot at recruitment in any upcoming recruitment season.

What is the Ivy League exactly?

The Ivy League are a group of eight private Universities in the Northeastern United States. These universities have enrollment sizes typically between 4,000 and 14,000 students.

These universities also  enjoy the largest financial endowments in the world ranging from Browns $3.5 billion to Harvard’s $34.5 billion.

With this high amount of money and low enrollment size, it’s easy to see why Ivy League universities gain a reputation of being for the elite..

The Founding of the Ivy League

The first Ivy League school, Harvard, was founded in 1636. This school was voted into being by the Great and General Court of the Massachusetts Bay Colony and later became home of the first North American printing press. 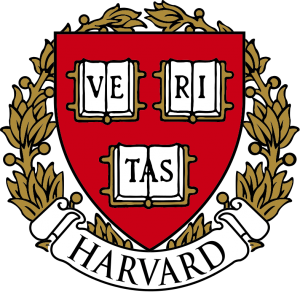 Yale followed later in 1701. For many years, study and enrollment in Yale was exclusive to white Protestant males, though diversity did and has come as early as the early to mid 1800s.

The University of Pennsylvania was founded next in 1746 by Benjamin Franklin. The school was intended to be a preaching hall and a charity school, with Benjamin Franklin getting the idea to establish an academy in 1743 according to his autobiography.

Princeton was then established in 1746, with the intent of being an academy to train ministers. It was originally named The College of New Jersey, and was then renamed Princeton after the university was moved to Princeton, New Jersey.

Brown was founded ten years later in 1764. It is known as the first university to accept students regardless of their religious affiliation and was the first Ivy League school to introduce an Engineering program.

Dartmouth was founded in 1769, with the original goal of being a school to train Native Americans as Christian missionaries.

The schools traditional methods of instruction and poor funding led it to obscurity until President William Jewett Tucker reestablished the school with renovations and replacement of buildings and a large expansion of students and faculty, placing it on the national stage.

Finally, Cornell University was founded in 1865.

The unique facet of Cornell is how it was intended to teach in all fields of knowledge. Ezra Cornell’s quotation, “I would found an institution where any person can find instruction in any study”,  summarizes this intent,

Originally, the Ivy League Baseball program didn’t even exist. The Ivy League schools were instead part of the Eastern Intercollegiate Baseball League (EIBL), which lasted from 1930 until it dissolved at the end of the 1992 season. 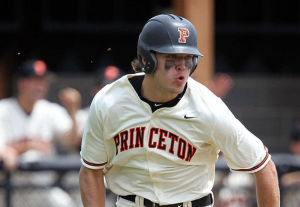 Who plays for the Ivy League Conference?

The championship series starts as a round robin format, where the best two teams then compete at a best of three format. The winning team then earns the conference’s automatic bid into the NCAA Division I Baseball Championship.

Given the size of the conference, you may be wondering about how well these universities perform against one another.

Who wins the most?

Brown holds the title of the fewest championship appearances with their only appearance being in 2007. 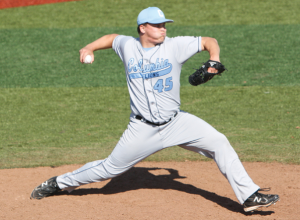 At the time of writing, Columbia has held the longest winning streak at three seasons from 2013-2015. Harvard, and Dartmouth come close with two winning season streaks each, with Princeton reaching a two season streak twice.

With amazing records and statistics like these, you may be wondering who is responsible for pushing the roster to perform this well. So let’s take a look at the Coaching staff for these teams.

To keep this organized, we’ll be reviewing the coaching staff of these teams in order of championship appearances. For the purpose of this article, we will be focusing on coaches, equipment managers, and athletic trainers. 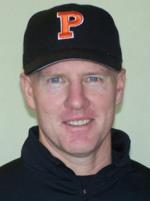 Lloyd Brewer, Mike Russo, and Alex Jurczynski help Bradley and the team as assistant coaches. Clif Perry serves as the team’s equipment manager, with Charlie Thompson serving as the head athletic trainer for the team. 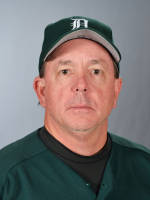 Bob Whalen serves as Dartmouth’s Head Coach and has been for 30 years as of the 2019 campaign. His guidance has pushed Dartmouth to earning 585 victories and is tied for the fourth-most by any Ivy League Coach at one school in any sport.

Whalen is assisted by Jonathan Anderson and Andy Revell as assistant coaches. 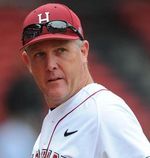 Bill Decker is the current Head Coach for the Harvard Crimson. The 2019 season will be his seventh at the helm. He’s earned distinction in the 2018 season with a 22-20 overall record. 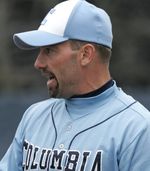 His assistant coaches, Erik Supplee, Dan Tischler, and Jim Walsh will be working with him to continue their push to growth and excellence. 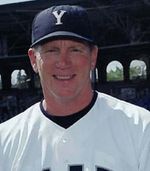 John Yurkow was originally an assistant coach at Penn until he was promoted in July of 2013. With his guidance, the program earned it’s first Ivy League Gehrig Division title in 2017.

Mike Santello and Josh Schwartz will be assisting him as assistant coaches with Meredith Henze helping the team as it’s athletic trainer.

Dan Pepicelli has completed two seasons as the Head Coach of Cornell’s Baseball program, where he led the team to finishing third in the Lou Gehrig Division. He’s also helped develop a hitting approach that pushed his team to a season average of .295.

He’ll be assisted by Mike McCormack as Assistant Coach and Recruiting Coordinator in this coming season.

How to get recruited for Ivy League Baseball

After reading about these amazing teams, you might have your heart set on joining this conference as a player. But finding a recruitment slot is always going to be a challenge, as thousands of students vie for the same few slots, so it can seem an impossible challenge to get noticed.

But there are certain easy steps that you can take to give yourself the best odds of getting noticed, getting contacted, and making the cut.

How do I get noticed?

To begin, you should be sure to read the guidelines posted at the NCAA website at this link, and be sure to register with the NCAA eligibility center. The website provides a great four year plan for students starting at Grade 9, though it’s never too late to get started.

Afterwards, you must make sure that you meet all the requirements set by the NCAA for Division I athletic recruitment. A major part of this requires that you are more than a great athlete, you also have to be a great student.

How do I become a great student-athlete?

According to the NCAA Division I requirements, you must complete the following.

Complete 16 core courses. These include…

It is important to note that these are the bare minimum requirements. 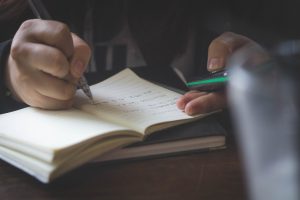 As the Ivy League schools rank among the elite in academic prestige, with billions of dollars in endowments, it is unlikely that you can earn a recruitment if you do not surpass these minimum requirements, especially in relation to GPA or SAT/ACT scores.

If you are well on your way with the four year plan or meeting these requirements, your next step is to get in contact with Ivy League recruiting coaches.

What else can I do to stand out?

With students from all over the world competing for the same few slots, the race for recruitment is an intense one. But there are certain tips that you can follow to help you make contact with recruiting coaches and stay on their radar. Earlier we mentioned the importance of Baseball camps to your recruitment efforts. These camps are designed to get you used to the intense training and competition that is a huge part of the Division I NCAA student-athletics lifestyle.

While all reputable Baseball camps empower athletes with training, guidance, and support, the advantage of joining an Ivy League Baseball camp is being a part of a program that will get you closer to coaches than other options.

So if you have your heart set on a specific member of the Ivy League, there’s no better way to get your name on your preferred coach’s desk than by participating. 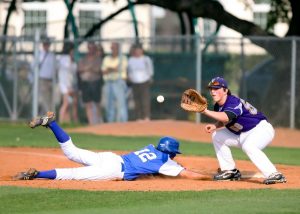 But the camp you’ll want to pay attention to is the Advanced Baseball Camp we covered here.

Princeton hosts baseball camps that fill up quickly and require updated immunization records to participate. At the time of writing, schedules and packets were not available on the camp website, as these records are available five days before a camp session.

But we have more information about the Advanced camp right here.

Dartmouth hosts two youth camp sessions on July 25-June 28 and July 2-July 5. They also host an advanced skills camp from July 19-July 21. The websites invite interested athletes and parents to call or email Whalen directly, so feel free to check out their information.

You can also find all the information you could want, right here.

The Harvard Crimson Academy offers multiple opportunities for players of all ages to learn from and with this team. You will want to check back on the site often, as it’s updated whenever new sessions become available for registration and will get you connected to the Head Coach and associated staff.

Everything you could need to know about this camp can be found on our own listing.

Columbia has two High School camps and two Little League camps available. The High School camp sessions are from June 16-17 and July 27-28 and are built for senior, junior, and sophomore students. Brett Boretti himself also has a two-day baseball camp that runs from September 8-9.

If you need more information about the camp to follow, you can find it here.

Penn hosts three baseball camps for Winter, Summer, and Fall. The Winter session is from Jan 13-14. The Summer session lasts from June 11-12. The Fall session begins on Sept 21 and ends on Sept 23. The website detailing these programs do a great job of telling campers what they’ll need to succeed and have a productive time at these camps.

For a full and detailed write-up, check out our piece on the training camp here.

At the time of writing, Cornell does not have available camp space. But we encourage interested athletes to check back at their website often.

Thankfully, we have gotten the scoop on what makes the Cornell Big Red Training Camp special and you can read all about it here.

Brown hosts two Summer exposure camps that are designed for Seniors, Juniors, and Sophomores. These camps lasted from June 19-20 and August 10-12.

We did a fuller detailed write-up of their camps and you can learn more by following this link.

Putting it all together 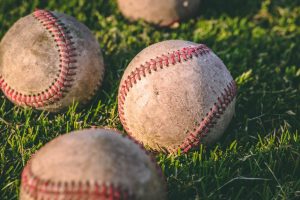 The history of Ivy League Baseball is one that spans for longer than the existence of the United States as a country. Many of the schools began as religious organizations and, over time, grew into the prestigious universities that we know today.

Their baseball programs join the NCAA as strong contenders every year and with the tips and information provided in this article, you will stand a better chance of making the cut and becoming a part of these amazing teams.

No matter what, just remember that diligence, training, and keeping informed is your best first step to excellence.