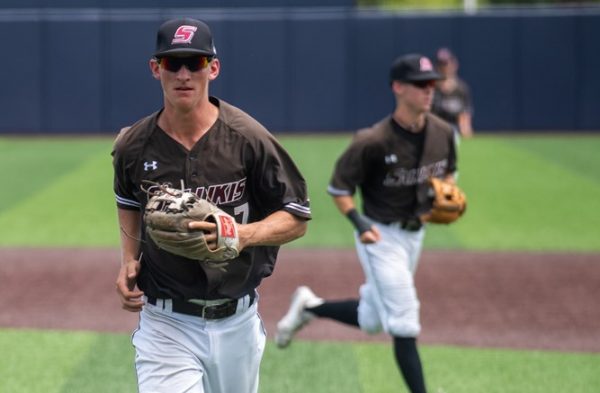 Ken Henderson, a native of Vinita, Oklahoma, is the head coach of Southern Illinois University Salukis baseball team. He is now entering his ninth year at the reins of the Salukis baseball program. Overall, it will be his 35th year with the Southern Illinois Salukis coaching staff. He is the team’s former assistant coach and associate head coach. Coach Hendeson also had coaching stints in Missouri Southern State, Kansas State, and Oral Roberts. Additionally, Coach Ken Henderson is an alumnus of Missouri Southern State University. The Salukis associate head coach is P.J. Finigan, a native of Springfield, Illinois. He is now entering his ninth season with the coaching staff. Coach P.J. Finigan is at the same time the team’s recruiting coordinator and pitching coach. He is an alumnus of Southern Illinois University. He holds the record for the fifth most number of games played by a Saluki. Then, the Southern Illinois Salukis assistant baseball coach is Seth Larue. Coach Seth Larue is at the same time the team’s hitting coach. He is a Campbell University graduate and was instrumental in the Camels’ first-ever NCAA Tournament berth. And finally, the Salukis student assistant coach is Cody Forsythe.
Summary