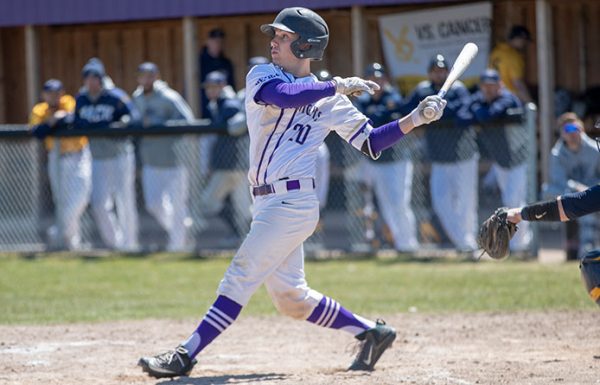 The Saint Michael’s College Purple Knights Baseball Day Camp is a five-day program that will run from the 30th of July until the 3rd of August. It is open to all boys 5 to 14 years of age at any skill level. This baseball training camp is going to take place at the scenic Saint Michael’s College campus. Furthermore, the training program aims at developing the participant’s hitting, catching, base running, and pitching skills. There will also be games and scrimmages. All the instructions and groupings are in accordance with the attendee’s age and skills level. In addition, this baseball day camp is under the supervision of the Purple Knights coaching staff.

Leading the Saint Michael’s College Purple Knights baseball team is Head Coach Jason Szafarski, a native of Arcade, New York. He is now entering his second season at the helm of the Purple Knights baseball program. Coach Jason Szafarski is a bachelor’s degree in adolescent education graduate from the State University of New York at Oswego. He is also a master’s degree in sports management graduate from Southern New Hampshire University. Additionally, Coach Jason Szafarski is the 2015 Futures Collegiate Baseball League (FCBL) Co-Manager of the Year awardee.  The Purple Knights assistant baseball coaches are Ryan Feeney and Michael Ewan. Coach Ryan Feeney, a native of East Bridgewater, Massachusetts, is in his first season with the coaching staff. He is an alumnus of Bridgewater State. Coach Ryan Feeney is a former college baseball standout player himself. In fact, he is the 2017 Massachusetts State Collegiate Athletic Conference (MASCAC) Player of the Year awardee. He was also a two-time MASCAC All-Conference first team selection. Similarly, Coach Michael Ewan is also in his first season with the Purple Knights baseball coaching staff. He is a bachelor’s degree in recreation management graduate from the Appalachian State University. Coach Ewan is also a master’s degree in Special Education graduate from the College of Charleston.
Summary