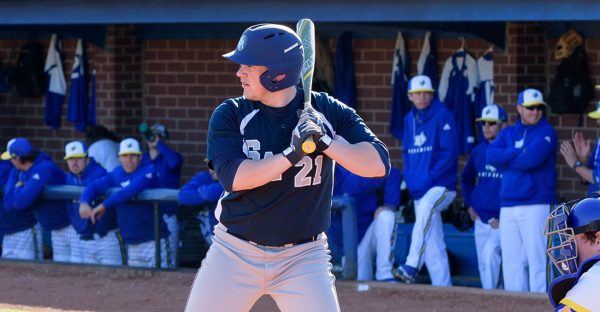 The Saint Anselm College Hawks Summer Baseball Training Clinic is going to be held on the 19th of August. It will comprise two separate sessions. The first session which will run from 9:30 AM to 12:00 PM is for pitchers and catchers which the second session which will run from 11:30 AM to 2:00 PM is for infielders and outfielders. Moreover, the clinic registration fee is $80 per player. This high-level baseball training program is going to take place at the beautiful Saint Anselm College campus in Manchester, New Hampshire. Limited spots are available, thus, registration is on a first come first served basis. In addition, spearheading this baseball training clinic is the Saint Anselm College Hawks baseball coaching staff.
Saint Anselm College is a private, coeducational, Catholic, liberal arts college in Goffstown, New Hampshire. It is an affiliation of the Roman Catholic, Order of Saint Benedict. As a whole, Saint Anselm College has an accreditation from the New England Association of Schools and Colleges. Its baccalaureate program in nursing has also an accreditation from the Commission on Collegiate Nursing Education. Saint Anselm College is a top performing academic institution. In fact, it is 106th in National Liberal Arts Colleges category, 2018 edition of the US News and World Reports Best Colleges rankings. It is also 98th in the Best Value Schools rankings and 118th in the High School Counselor Rankings. Presently, the college’s undergraduate student population is around 1,900. 39 percent of this undergraduate student population are male students and 61 percent are female students. This undergraduate student population is also through a selective enrollment acceptance rate of 76 percent. Correspondingly, Saint Anselm College’s student to faculty ratio 11:1. Moreover, in sports, Saint Anselm College fields its men’s and women’s athletics teams in the Northeast-10 Conference of the National Collegiate Athletic Association (NCAA) Division II. Their nickname is Hawks while navy blue and white are their identity colors. Steven DiSalvo is the president of Saint Anselm College.

Nick Cenatiempo is the head coach of Saint Anselm College Hawks baseball team. Coach Nick Cenatiempo is now entering his second season at the helm of the Hawks baseball program. He is a bachelor’s degree in sports management graduate from St. John’s University. Coach Nick Cenatiempo is also a master’s degree in sports management graduate from the State University of New York College at Cortland (SUNY Cortland). Additionally, Coach Cenatiempo is the former SUNY Cortland assistant coach. He is also the former Saint Anselm Hawks assistant coach. Then, the Saint Anselm College Hawks assistant baseball coaches are Justin Sumner, Matt Fortin, Brent Edmunds, and Eddy Coulombe. Coach Justin Summer, a native of Rich Hill, Missouri, is also entering his second season with the coaching staff. He is a University of Saint Mary graduate with a degree in sports management. Coach Justin Summer is the team’s former volunteer assistant. Coach Matt Fortin is at the same time the team’s game management coordinator. He is a native of Nashua, New Hampshire and an alumnus of Seton Hill University. Furthermore, Coach Brent Edmunds is in his second season with the coaching staff while Coach Eddy Coulombe is in his first.
Summary