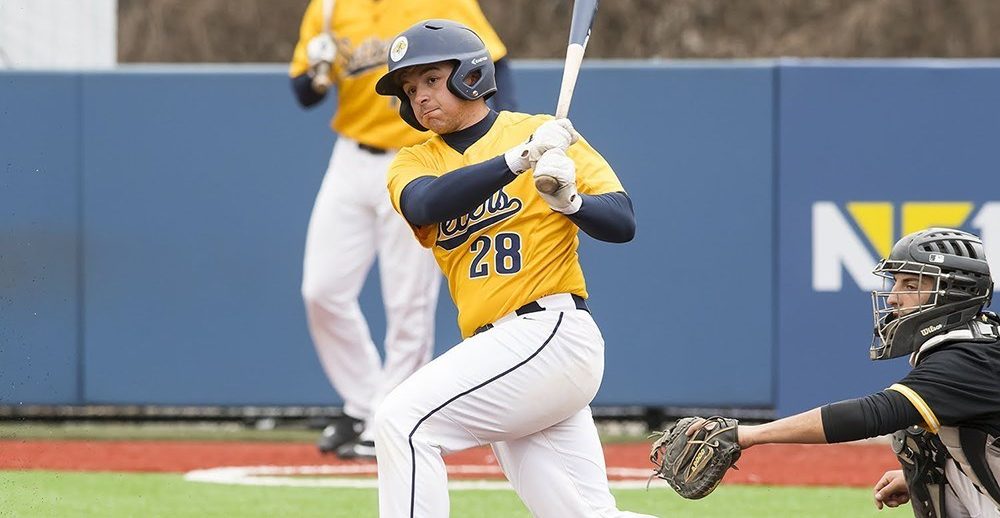 The Pace University Setters Nike Big League Baseball Camp is a four-day event that will run from the 15th of July until the 18th of July. This baseball camp is inviting all boys 10 to 16 years of age who are looking to develop their skills through a fun training environment. The program is set to run daily from 9:00 AM until 4:00 PM. Furthermore, this baseball camp is going to take place at the scenic Pace University campus in New York, New York. The program is set to main an 8:1 camper to staff ratio to ensure personalized coaching for every player. This baseball camp is going to accommodate both overnight and day campers. Registration fee is $695 for overnight campers and $395 for day campers.
Pace University is a private, coeducational, nonsectarian university in New York City, New York. Its name is in honor of  Homer St. Clair Pace and Charles Ashford Pace, the brothers who founded Pace & Pace. It has additional campuses in Westchester County, in Pleasantville and White Plains. The university is applying a semester-based academic calendar and is currently serving around 8,900 undergraduate students. 39 percent of this undergraduate student population are male students and 61 percent are female students. This undergraduate student population is also through a selective enrollment acceptance rate of 84 percent. Correspondingly, Pace University’s student to faculty ratio 14:1. The university is also serving around 4,500 postgraduate students. Pace University is a consistent top performing academic institution. As a matter of fact, it is 187th in National Universities, 2018 edition of the US News and World Reports Best Colleges rankings. It is also 151st in Business Programs rankings and 209th in the High School Counselor Rankings. In athletics, the university fields 19 intercollegiate men’s and women’s sports teams in the Northeast 10 Conference and the Eastern College Athletic Conference (ECAC) of the National Collegiate Athletic Association (NCAA) Division II. They are the Setters and blue and gold are their official colors. Presently, Pace University’s president is Marvin Krislov.

Henry Manning is the head coach of Pace University Setters baseball team. He is a Pace University alumnus with a bachelor’s degree in mathematics. Coach Henry Manning is now in his 18th season at the helm of the Setters baseball program. Ultimately, Coach Henry Manning is the 2012 Northeast-10 Conference Coach of the Year awardee. The same year he led the Setters to a Northeast-10 Conference Southwest Division title. Under his guidance, the Setters were also the 2013 Northeast-10 Southwest Division Co-Champions. Coach Manning is now holding a 318-357-3 win-loss record as the head coach of Pace University Setters. Then, the Pace University Setters assistant baseball coaches are Grisha Davida and Pete Raimondi. Coach Grisha Davida, a native of Brooklyn, New York, is now in his seventh season with the coaching staff. He is a Concordia College graduate. Primarily, Coach Davida is working as the team’s pitching coach. Coach Davida played professional baseball for the Chicago Cubs. Meanwhile, Coach Pete Raimondi who hails from Queens, New York, is now in his tenth season with the coaching staff. He is a graduate of Fordham University. Coach Pete Raimondi is in charge with the team’s recruitment and fundraising.
Summary