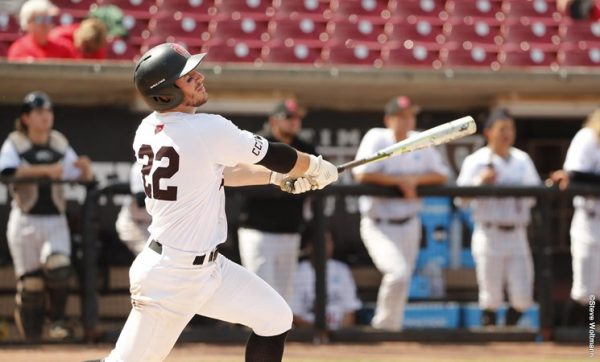 The North Central College Cardinals Hitting and Pitching Baseball Camp will run for three days from July 23 until July 25. The July 23 and 24 session is for hitters while the July 25 session is for pitchers. The camp registration fee is $75 for hitters and $45 for pitchers. This baseball camp is open to all boys 7 to 16 years of age at any skill level. Furthermore, all the training instructions are in accordance with the participant’s age and skill level. This event is going to take place at the scenic North Central College campus. In addition, the training program is going to be under the direction of the North Central College Cardinals baseball coaching staff and current players.
North Central College, originally Plainfield College, is a private, coeducational, liberal arts, research college in Naperville, Illinois. The academic institution is consisting of 3 undergraduate colleges and a master’s program. They are the College of Arts and Sciences, the School of Business and Entrepreneurship, the School of Education and Health Sciences, and the School of Graduate and Professional Studies. Moreover, North Central College is using a quarter-based academic calendar. It is currently serving around 2,700 undergraduate students. 47 percent of this undergraduate student population are male students and 53 percent are female students. This undergraduate student population is also through a selective enrollment acceptance rate of 59 percent. Correspondingly, North Central College’s student to faculty ratio is 15:1. Additionally, North Central College is in the top 10 of Regional Universities Midwest category in the 2018 edition of the US News and World Reports Best Colleges rankings. It is also top 8 in the Best Colleges for Veterans rankings and 24th in the Best Value Schools rankings. In sports, North Central College is competing in the National Collegiate Athletic Association (NCAA) Division III, College Conference of Illinois and Wisconsin (CCIW). The athletes’ nickname is Cardinals and cardinal red and white are their identity colors.

Ed Mathey is the head coach of the North Central College Cardinals baseball team. He is a bachelor’s degree in marketing and management graduate from North Central  College. He is also a master’s degree in athletic administration graduate from the University of Illinois. Additionally, Coach Ed Mahey is both the 2017 College Conference of Illinois and Wisconsin Coach of the Year and the Central Region Coach of the Year. These awards come after he led the Cardinals to their 13th CCIW regular-season title and their eighth CCIW Tournament title. Coach Mahey is also the 2015 Central Region Coach of the Year awardee. Then, the North Central College Cardinals assistant baseball coaches are Joe Heller, Tim Stoddard, Cory Stevens, Todd Trunk, Tim Peraino, Alex Khoury, Joe Keenan, Tom Errico, and Bobby Smith. Coach Joe Heller, a native of Skokie, Illinois, is with the Cardinals coaching staff since the 2009 season. He is also an alumnus of North Central College with a degree in social science. It is also where he earned his master’s degree in Leadership studies with a sport emphasis. At the same time, Coach Joe Heller is the Cardinals recruiting coordinator. Coach Heller is a former baseball standout player himself. In fact, he is a 2007 First Team All-College Conference of Illinois and Wisconsin selection.
Summary