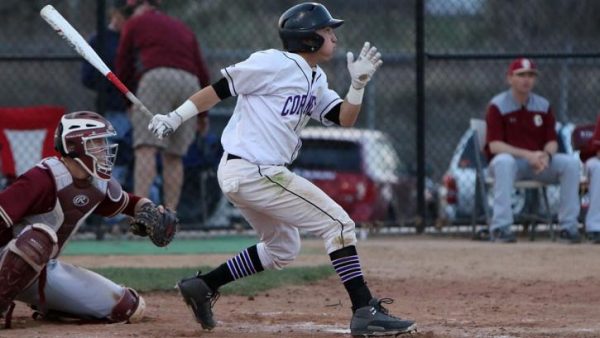 The Cornell College Rams Baseball Youth Development Camp is a two-hour program that will run from 6:00 PM until 8:00 PM on the 18th of March. It is open to all boys in grade 3 up to grade 6 at any skill level. This baseball development camp is going to take place at Cornell College’s leading-edge Small Multi-Sport Center in Mt. Vernon, Iowa. Moreover, all the camp instructions are according to the player’s age and skill level. This baseball training program is under the supervision of the Cornell College Rams baseball coaching staff. The camp registration fee is $30 per player. This includes a free Cornell Rams camp t-shirt. Overall, it will be a fun but challenging experience.
Cornell College, originally Iowa Conference Seminary is a private, coeducational, liberal arts college in Mount Vernon, Iowa. Its name is in honor of William Wesley Cornell, a notable 19th-century industrialist, and philanthropist. Cornell College is an affiliation of the United Methodist Church. It is also part of the Annapolis Group and the Associated Colleges of the Midwest (ACM). Additionally, the institution is one of the 40 schools that appears in Loren Pope’s book “Colleges That Change Lives”. Cornell College is offering more than 40 majors and pre-professional academic programs. It is currently serving around 1,000 undergraduate students. This student population is with a 50 percent male and 50 percent female gender distribution. This undergraduate student population is also through a selective enrollment acceptance rate of 71 percent. Correspondingly, Cornell College’s student to faculty ratio is 10:1. Cornell College is also a top-performing academic institution. In fact, it is 87th in National Liberal Arts Colleges, 2018 edition of the US News and World Reports Best College rankings. It is also 64th in the Best Value Schools rankings and 71st in the High School Counselor Rankings. In sports, the college is competing in the Midwest Conference (MWC) of the National Collegiate Athletic Association (NCAA) Division III as the Rams. Their identity colors are purple and white.

The Head Coach of the Cornell College Rams baseball team is Seth Wing, a native of Maquoketa, Iowa. Coach Seth Wing is now in his eighth season at the helm of the Rams baseball program. He is a bachelor’s degree in Elementary Education with an emphasis in Mathematics graduate from Winona State University. It is also where he earned his master’s degree in Educational Leadership. Ultimately, Coach Seth Wing has already led the Cornell College Rams baseball into four Midwest Conference Tournament appearances. Coach Wing is the former Winona State University associate head coach, recruiting coordinator, and pitching coach. Then, the Cornell College Rams assistant baseball coaches are Travis Bennett, Mike Fleckenstein, Scott Shulista, Tim Wheeler, and John Tesensky. Coach Travis Bennett, a Wichita State University alumnus, is now in his fifth season with the coaching staff. He is the former Lisbon High School. Coach Bennettt is also the 2009 Missouri Valley Conference (MVC) Newcomer of the Year. Similarly, Coach Scott Shulista is also in his fifth year with the Rams baseball coaching staff. Primarily, he is working as the team’s pitching coach. Coach Shulista is a bachelor’s degree in business administration graduate from Mount Mercy College.
Summary