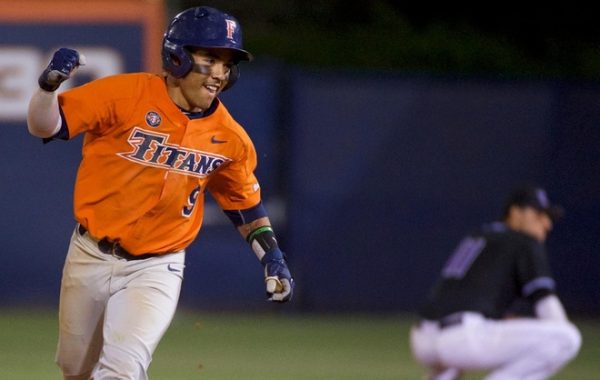 The California State University Fullerton Titans Baseball Prospect Camp will be on the 4th and 5th of August. It is open to all male baseball players 14 to 19 years of age who aspire to play baseball at the college level. The program’s daily schedule is set to start at 10:30 AM and end at 2:00 PM. The event is going to take place at the leading-edge Goodwin Field which is on the Cal State Fullerton campus. Furthermore, this baseball camp is the ideal venue for college baseball prospects to showcase their exceptional baseball skills. The program includes a pro-style workout, a batting practice, bullpens, defensive drills, and games. In addition, participants are requested to bring their own baseball gears and equipment.
California State University Fullerton, formerly California State College at Fullerton, is an affiliation of California State University system. It is a public, coeducational, research university in Fullerton, California. Currently, it is serving around 34,500 undergraduate students. 44 percent of this undergraduate student population are male students and 56 percent are female students. This undergraduate student population is also through a selective enrollment acceptance rate of 48 percent. Correspondingly, California State University Fullerton’s student to faculty ratio is 25:1. Cal State Fullerton is also an institution of academic excellence. As a matter of fact, it is 202nd in the National Universities category of the 2018 US News and World Report Best Colleges rankings. The university is 25th in the Most Innovative Schools rankings and 177th in the High School Counselor Rankings. Also, it is 351st in Forbes’ latest national rankings. Cal State Fullerton has 20 athletics teams. The athletics teams nickname is Titan. Then, the university’s identity colors are navy blue, orange, and white. Its men’s baseball team is playing in the Big West Conference of the National Collegiate Athletic Association (NCAA) Division I. The Titans are already a seventeen-time conference regular-season champions. The team is also a four-time NCAA Tournament champion.

Leading the California State University Fullerton Titans baseball team is Head Coach Rick Vanderhook, a native of Yorba Linda, California. Coach Rick Vanderhook is now entering his seventh year at the helm of the Titans baseball program. He is a bachelor’s degree in physical education graduate from Trinity University. Ultimately, Coach Vanderhook is a four-time Big West Conference Coach of the Year awardee. He is now holding an astounding head coaching win-loss record of 235-127. Coach Vanderhook led the Titans into four Big West Conference Championships, two NCAA Regional Tournament appearances, and a College World Series appearance in 2015. Then, the Cal State Fullerton Titans assistant baseball coaches are Chad Baum and Steve Rousey. Coach Chad Baum, a Cal State Fullerton alumnus with a degree in kinesiology, is now entering his 12th season with the coaching staff. He is master’s degree in education graduate from Azuza Pacific University. Meanwhile, Coach Steve Rousey is in his first year with the coaching staff. Coach Steve Rousey is a bachelor of arts in English graduate from Cal State Fullerton. He is also a master’s degree in Physical Education and Health graduate from Azusa Pacific University. The Titans new volunteer assistant coach is Neil Walton. And finally, Jason Murrietta is the director of baseball operations.
Summary