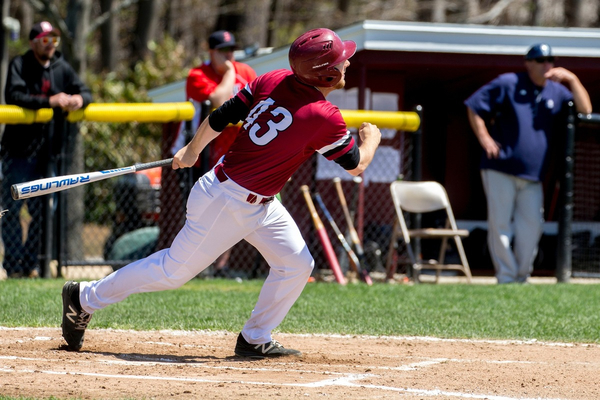 The Bates College Bobcats Baseball Youth Day Summer Camp is a five-day event that will run from the 23rd of July until the 27th of July. The program is inviting all baseball players entering grade 3 through grade 8. Full-day camp registration fee is $350 with free lunch while it is $160 for a half-day camp. Additionally, the full-day camp will start at 8:30 AM and will end at 4:30 PM. For half-day campers, the program will start at 8:30 AM and end at 12:00 noon. This baseball summer camp will take place at the premier Gray Cage which is on the Bates College campus. Moreover, the training program includes fundamental baseball skills development sessions. The participants will learn proper execution for hitting, pitching, catching, infield, outfield baserunning, and team defense. Overall, the training atmosphere will be fun. It is important that participants need to bring their own baseball bat, glove, cup, and helmet if available. The event will be under the direction of the Bates College Bobcats baseball coaching staff.
Bates College, or the President and Trustees of Bates College, is a private, coeducational, liberal arts college in Lewiston, Maine. Its name is in honor of its founder, Benjamin Bates IV, a prominent 18th-century American rail industrialist. Bates College is the New England’s first coeducational college. It is also one of Maine’s oldest colleges. Furthermore, Bates College is a member of the CBB Consortium and the Oberlin Group. It is also part of the New England Association of Schools and Colleges and the Consortium of Liberal Arts Colleges. Additionally, Bates College is 23rd in National Liberal Arts Colleges, 2018 edition of the U.S. News and World Reports Best Colleges rankings. It is also 35th in the 2017 Forbes Magazine’s List of America’s Best Colleges. In sports, the college features collegiate athletics teams in the New England Small College Athletic Conference of the National Collegiate Athletic Association Division III. They are the Bobcats and garnet is their identity colors. Leahey Baseball Field is the home field of the Bates College Wildcats baseball team.

Leading the Bates College Bobcats baseball team since August of 2016 is Head Coach Jon Martin. Coach Jon Martin is a bachelor’s degree in health and movement science graduate from Lynchburg College. In addition, Coach Jon Martin is a former college baseball standout. In fact, he is a one-time Pitcher of the Year awardee. He is the former Vassar College head baseball coach. Then, the Bobcats assistant baseball coaches are Tony Deshler and Jeff Benson. Coach Tony Deshler is a Bachelor of Arts in American Studies and a Minor in Business graduate from Brandeis University. He is also a Master’s Degree in General Education graduate from Elmira College. Coach Tony Deshler is now in his second season with the Bobcats coaching staff. And finally, Coach Jeff Benson, an alumnus of the University of Maine at Farmington is now in his seventh season as the Bobcats assistant baseball coach. Coach Jeff Benson is the former St. Joseph’s College of Maine assistant baseball coach. He is at the same time Edward Little High School’s athletic director.
Summary

Service Type
Baseball Recruiting Camps
Provider Name
Bates College,
Area
Lewiston, ME
Description
The Bates College Bobcats Baseball Youth Day Summer Camp is open to all boys entering grade 3 to grade 8 who desire to learn baseball in a fun training atmosphere. It is a five-day baseball camp that will run from the 23rd of July until the 27th of July. It is going to take place at the leading-edge Gray Cage which is on the Bates College campus.